Adventures in the Land of Hygge

(Hygge is as Danish as æbleskiver (ED – this does not help..try pancakes shaped like Yorkshire puddings). In essence, hygge means creating a warm atmosphere and enjoying the good things in life with good people. The warm glow of candlelight is hygge. Cosying up with a loved one for a movie – that’s hygge, too. And there’s nothing more hygge than sitting around with friends and family, discussing the big and small things in life.

The biggest sports event on Fyn – ever!

Three Optima members, Gillian, Chris and Rowan took part in this series of events which took place over nine days in three centres on the island of Fyn, two hours drive west of Copenhagen. Gill represented South Africa in the Elite Women’s standard duathlon, while Rowan and Chris both did AG standard duathlon, so all did 10km run, 40km bike and 5km run. Others events were sprint duathlon, cross triathlon, aquathlon, aquabike and long distance triathlon – hence the multisport bit. 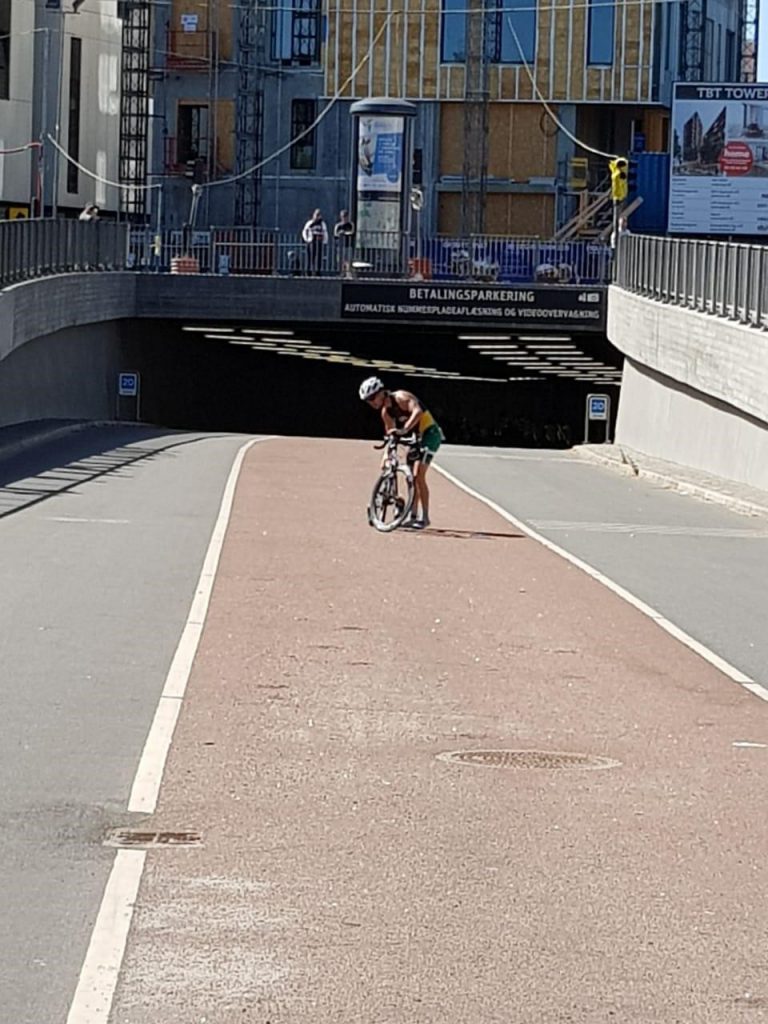 The Duathlon events were all located in the town of Odense, where the local organisers were able to close part of the town for the events. This made for a varied and interesting course for both the running and biking, involving the main streets, the local park, and part of the main road out of town.

Gill’s race featured a blistering first 10k – with 13 athletes completing the course in under 33minutes, a fairly big group biking the 40km course, and a second 5km where the group gradually reduced to four for the last few k’s, and a podium where all three medallists were separated by less than 20secs. Gill ran in 7th supported all the way by a small South African contingent featuring both Rowan and Rowan’s parents who’d just happened to be in Denmark for the event. We also learned a bit about the other athlete in Gill’s family, as Rowan’s father had raced in in SA (“…that Ken Curr, he is just a MACHINE…”), and Rowan was impressed by Ai Ueda’s commitment on the run. 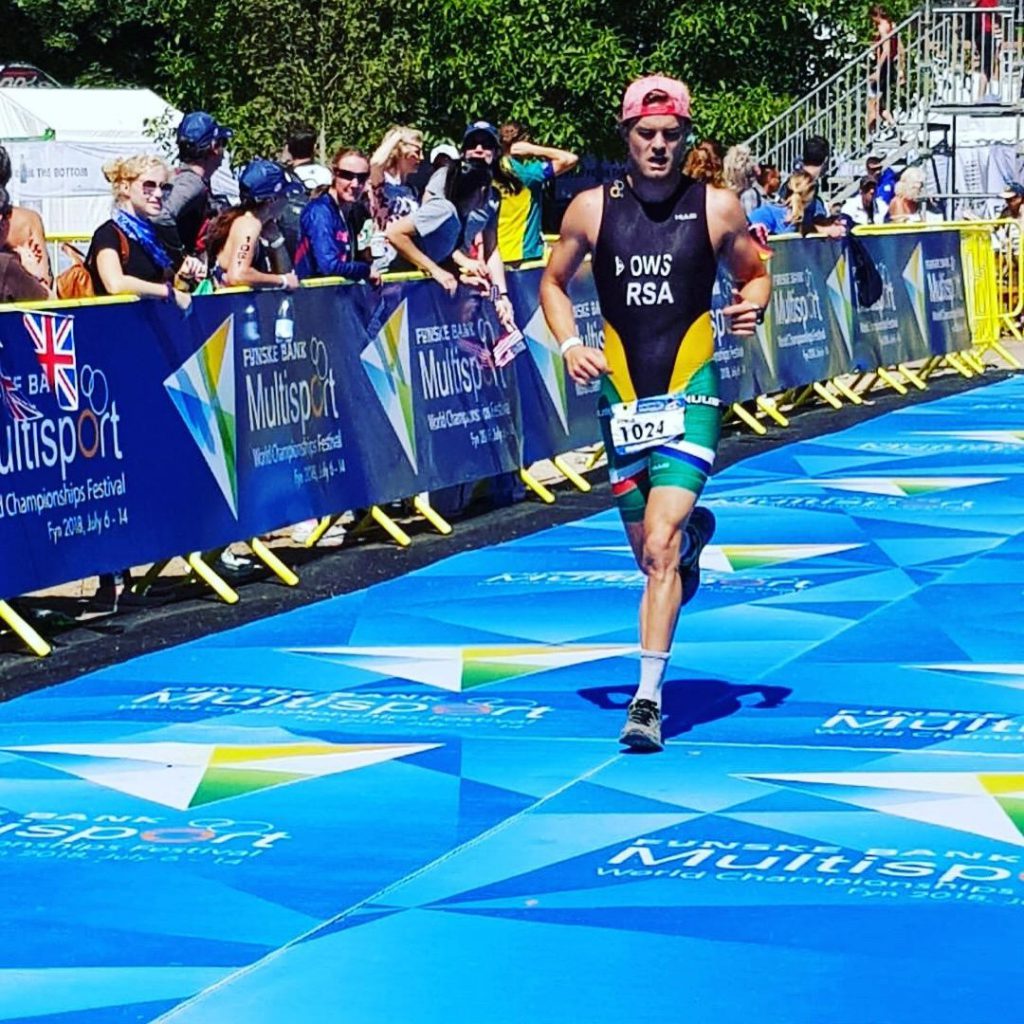 The next day was AG Standard day, when we discovered that although putting transition in an underground carpark kept bikes dry, it meant that the bike mount and the first 50m was uphill. Those fortunate enough to race in Leeds found this routine, as the Roundhay Park mount has a similar gradient (except outdoors, being Yorkshire). Others found this more challenging, strategies seen included getting on and falling off (not good) and running to the top of the slope, then getting on (better, but slow). Sadly Rowan, in the first wave of the day,found another problem, although the road had been swept, he punctured almost as soon as getting out of T1.

Although he had no spare on board, he went back into T1, managed to borrow a tube and did the change. This put him a bit behind the rest of the field, but allowed him to finish 17th – great job!

Chris set off in the third wave, and had a less eventful race, only notable for seeing Rowan on his second bike lap, as he shot past. 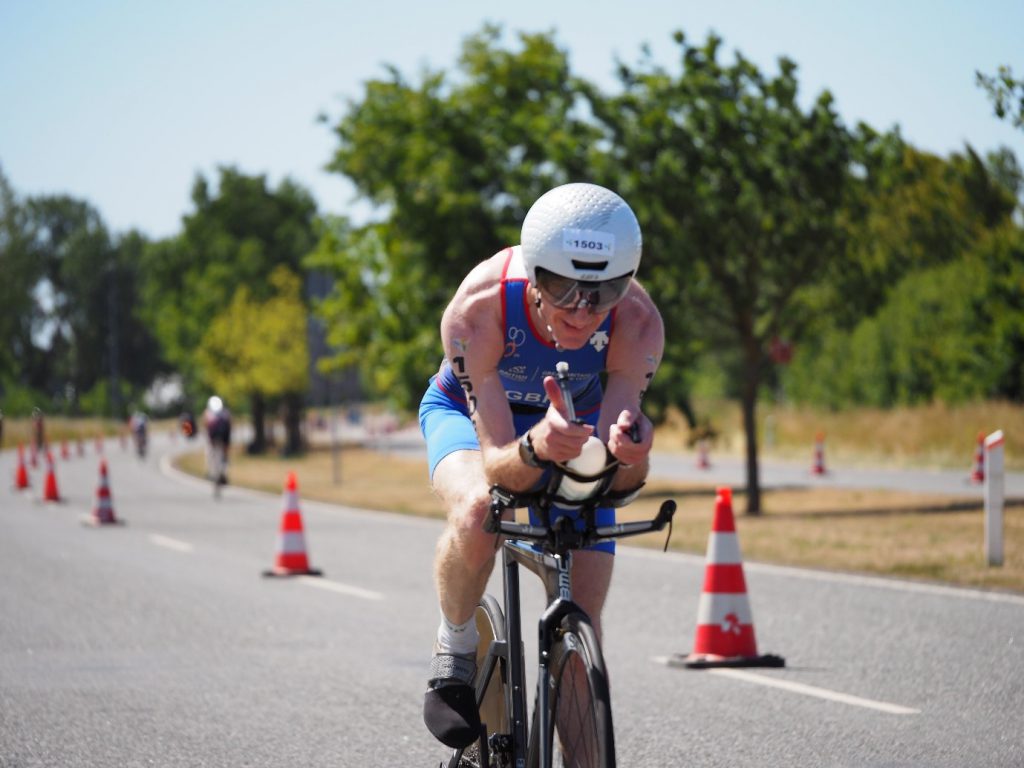 As with other ITU races knowing where you are in your AG is a complicated process where multiple laps are involved, as it’s not easy to recognise other competitors. Finding the result involves recovering, finding kit and a phone, and then trying to search a pretty overloaded website. A provisional results service with a few keypads and display screens, as found at many UK races would ease the stress quite a lot. So it took some time and was a bit of a surprise for Chris to find out he’d gone round faster than the other old geezers, and was 65-69 AG World Champion. Still it was a nice feeling!