I was delighted to get the hell out of freezing Edmonton and to lovely warm Chicago. There were 11 days between racing in Edmonton and then kicking off the grand final of the World Tri series in Chicago.

I spent a week about an hour outside Chicago in a town called Naperville (ranked one of the best places to live in the USA in 2006). It was lovely. Massive wooden houses, perfectly painted with their manicured lawns and standard American flag on the porch. The Fox River ran through the town and the centre had some lovely little shops and cafes which I unfortunately didn’t have too much time to frequent.

The very kind folk at Lifetime Fitness Gym in Warrenville gave me free access to their facility for the week and I was able to put in some very good training (maybe a bit too much, but we’ll get back to that ;-)).

Three days before the race I moved into the South African team hotel in downtown Chicago. Chicago is a wonderful city. It’s one of those places that you think, ‘Hey I could live here.’. Well maybe not when Lake Michigan freezes over in winter, brrrrrr. It’s got lovely beaches and parks and some fantastic cafes and restaurants. The architecture is pretty impressive and the people are pretty laid back and very friendly.

It was very humid and as a result, the place is known for its epic summer thunderstorms. They had to move our race forward by 4 hours to avoid us being frazzled by lightning in the lake. The organisers & ITU did an amazing job making some pretty substantial last minute changes and we had a very smoothly organised race.

That’s where any ‘smoothness’ ended, as my race felt far from smooth. I had an average swim and was in the chase bike pack 30 secs adrift. We didn’t lose any time but I felt absolutely dreadful the whole race, my legs had no power and I was hanging on for a lot of that bike. My run was even worse and it was just survival, finishing a disappointing 41st from 75 starters. 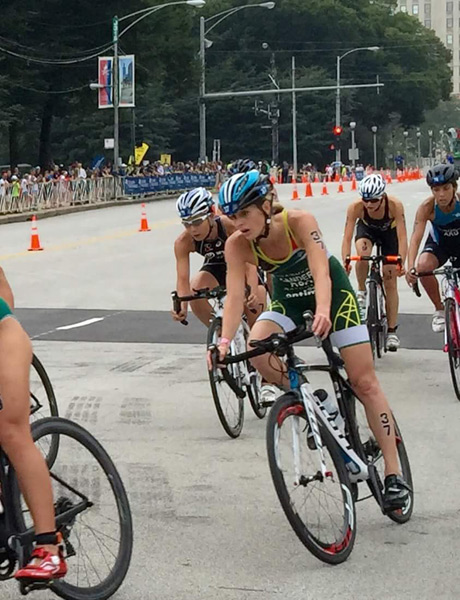 I think I knew a few days before the race that something wasn’t quite right, my body just felt like it didn’t have any energy. I hardly had energy for my bike pick ups the day before the race. I think I may have over done it between Edmonton and Chicago. I was on my own and wanted to try and nail some hard run sessions after my calf injury but ended up nailing myself into the ground instead.

Never mind, that was that, I couldn’t have given more on the day. Knowing that, I made myself feel better by doing some touristy things. Scaling the tallest building in North America, going on an architecture tour, eating hot dogs and deep dish pizza and taking in a Chicago Bears football game. Great to just relax and let my hair down. 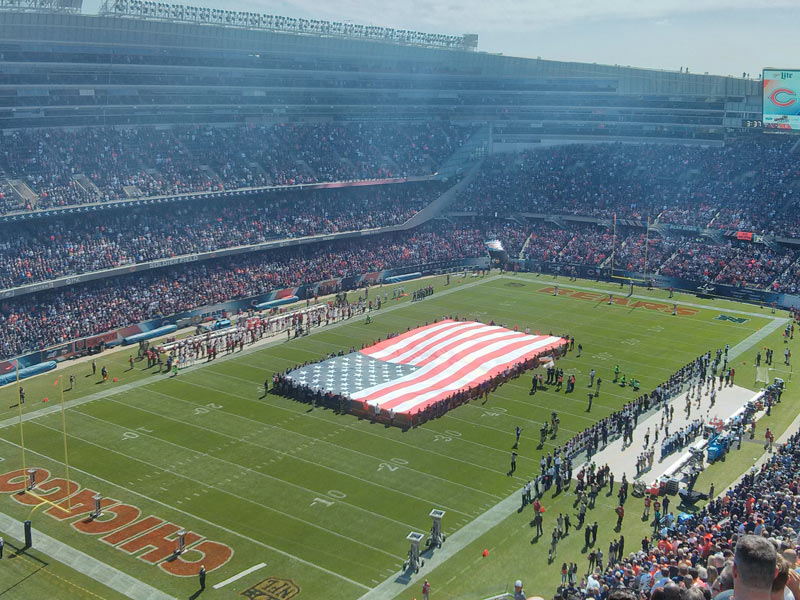 I decided against racing Cozumel, instead electing to recover and then get some good training in before I tackle my last race, a world cup in Turkey, where I’m amped to finish the season on a high. Energy levels feel back up and I’m ready for action!