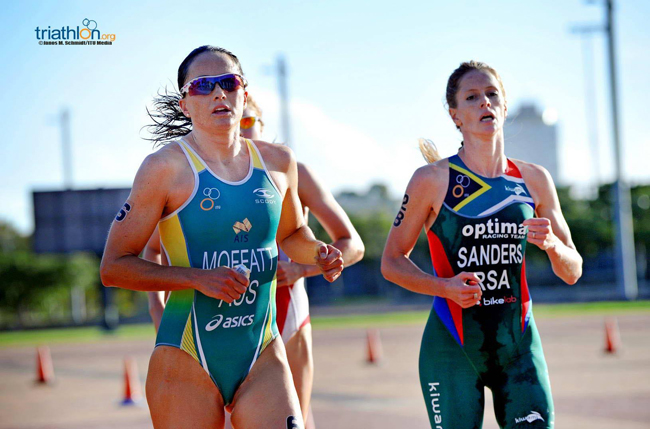 Where I’ve been hiding…

Well I haven’t been hiding really. If I’m honest, I’ve got so caught up in the start of the season having so much fun that I’ve been a bit lazy on my blog posts.

The start of the season is always very exciting but a bit uncertain too. You’ve done months of winter training and you think you feel good and things seem to be going well in training but you never really know until you get on that startline of your first race and see where you come out on the other side.

I started off with a pre season race in Sharm el Sheikh Egypt. Not only did I have pre season nerves and excitement but there had also been a terror attack not far away a  few weeks prior to the race. The UK foreign office website said it was fine so off  I went. I love racing and had a fabulous time. I was in the top 4 out the water which was a first for me and we had some strong biking girls in a 5 lady breakaway and managed to stay away from the main pack. I knew I was in decent running shape but hoped I had my running legs off the bike, which I did, and got my first win of the season. Yes, it was only an African Cup, but job done and a nice little form tester.

I’ve just got back from 6 awesome weeks in Africa racing in my national (South African) Champs (also an African cup), African Champs in Zimbabwe and the main event of the trip, the Cape Town World Triathlon Series.

It’s always nice to have the title of South African Champ so off I went to East London, South Africa to try to regain my title from 2012 (I didn’t race in 2013). I launched myself from the UK winter straight into 35 degree heat which was a shock to the system. I loved the race. Again I had a decent swim and it was a matter of 1 pack on the bike waiting for the run. I ran neck and neck with a Russian girl for the duration of the run. I knew she was a decent runner and we had a great battle for top spot, with her outsprinting me and taking the win by 5 sec. I was nevertheless very happy with my form and to regain the South African Champ title.

Next up, African Champs in Zimbabwe. These were held up in Troutbeck in the Zimbabwean highlands, 2300m above sea level and lots of hills. I was under instructions to train through this race and save as much in reserve as possible for Cape Town. I had a really lovely time. Despite all the hardships Zim people face, they are such lovely, friendly, helpful people and this really made the trip. It was also chilly up in the mountains with lots of lush trees and mist and logfires in the hotel…it was easy to forget that I was there to race! I had a great race and enjoyed every minute of it and managed to become African Champ for a 3rd consecutive time.

Onto Cape Town. 5 weeks later and training on my own for 5 weeks I was really beginning to miss my Optima Racing team training group and was itching to race that final week. Training had been going well but I was over the solo track sessions at 100% humidity & altitude on the goat track (nicknamed by me due to the longgg thick grass with worn out bits that looked like the goats had been passing through). It was also the first WTS to be held on South African soil and I was so excited to race in front of my home crowd in such a big event. I had an absolute blast in CT, I love the place. The race didn’t go totally to plan with the lead pack of girls taking out 2mins on us chasers on the bike. They rode extremely well together. Our pack was massive, disorganised and not conducive to catching up too well on some very narrow technical bits on the course. That left us chasing on the run. I felt strong on the run and made my way up to 15th spot. I had mixed feelings but judging by the way I felt, I’m very happy with my form and believe there will be bigger things to come as the season progresses.

I also received some very exciting news last week of a new bike sponsor. I’ll be part of the Dassi elite ladies team which is a group of talented ladies sponsored and supported by Dassi bikes, beautiful British made bikes. Check them out www.dassi.com.

A huge thank you to all my other sponsors for 2014 for the incredible and ongoing support: Optima Racing Team, Zone 3, Iffley Road, Amanzi & Dan the (magic hands massage) Man.

Next up is Yokohama then London after which I’ll know whether I’ve qualified for Commonwealth Games or not.

Posted in
News
Published
9th May 2014
By
Johnny
Share