A number of Optima’s triathletes raced at the ITU World Triathlon Grand Final in London’s Hyde Park this weekend with our very own Chris Owens becoming World Champion in the 60-64 Male AG category. Here’s what they had to say about their individual races. 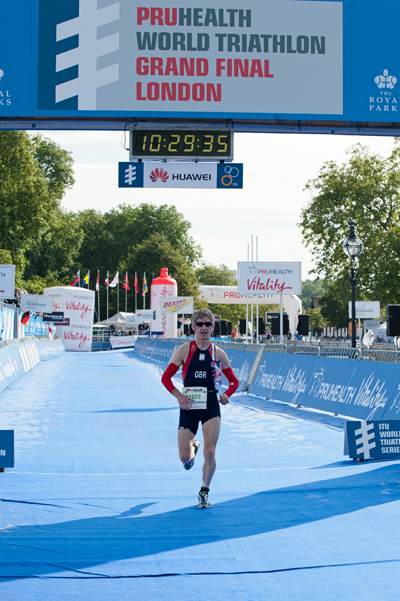 London 2013 offered several unique experiences, roughly in this order:
– Taking your race bike to transition on South West Trains, much to the bewilderment of the commuters
– Driving up to Knightsbridge from Richmond in 20mins – well it was 5am…….
– Watching the sun come up over the Serpentine while the first waves set off (Go Anna!)
– Trying to understand why the swim distance had been halved due to low AIR temperatures, and rethinking tactics an hour before your race (Was this a plot to let Ken Curr win?…)
– The huge support for “Team GB” lifting you along, especially on the transitions and the run – just an incredible feeling – both from friends and the general public
– Doing the whole event without much idea where your competitors are (apart from good run feedback from James – thank you sir!)
– Finishing with a vague feeling of having had “a good day at the office” and getting NO information about placing in spite of carrying a chip  – get your act together on this ITU – even tiny races in the UK have an instant access available to your times via keypad and screen – this could easily be provided in the finish zone if the announcer looses the plot
– Hanging around waiting for the official result, which were not posted promptly, being told by the “HelpDesk” that “everything is available on line” and not being able to get a response off the overloaded site
– Finally seeing a printout with the age group result and realising all the effort and focus had paid off (that WAS a good moment….)
– Being able to thank all the people who had physioed or massaged me or lifeguarded the lake at Shepperton or just put up with a rather odd old geezer who wanted to do triathlon (especially James and the the rest of the Optima crew – THANK YOU)
CHRIS
World Champion Standard Distance 2013 (v60)
[divider scroll_text=””] 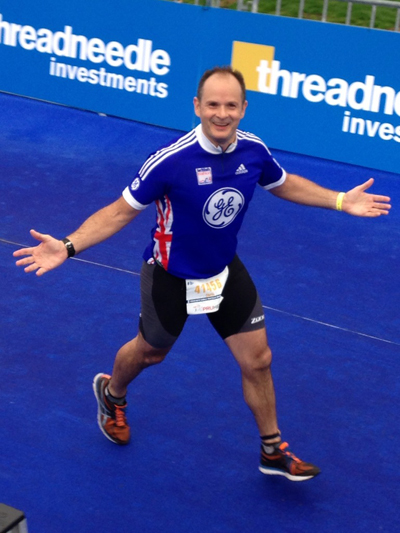 Arrived in Hyde Park nice and early to get into the atmosphere, getting in the mood by watching the Elite Women race. Inspiring stuff. Then took the muddy walk up to transition to get ready, worrying a little about the conditions underfoot for T1 and T2. Went through preparation and warm up before setting off for the Serpentine ready for start. My aims – to match my overall London time of six weeks ago, to break 30 minutes for the swim and to get a good run. Into the water – felt very comfortable and really noticed the difference not starting with 300 people as at London. Felt strong and sped my stroke up towards the end, then out for T1.

T1 and cycle went well and then to T2 and the run. Half way into lap 1 and my calf started to hurt – so had to slow and rock back a little. Managed to keep going with the support pushing me on through the laps. I knew it was going to be close to my London time and ended up hobbling over the line bang on the same time – 2hr42. Happy with the overall time, happy with the swim (28 mins) and bike (1hr6) and left to wonder what could have been if I hadn’t strained my calf. Overall 456th position in the Open category, although after T2 I was in 218th… Pretty clear what I need to work on for next season… 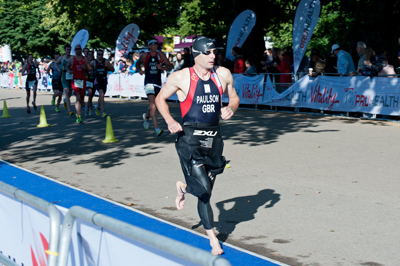 A fantastic day’s racing and absolutely great to see so many people taking part and having the crowds pushing you on right around the course.

For me personally the low came at around 8am when I discovered the swim was cut to 750m which took me a while to come to terms with.  The highs were coming out of the water first and then the tremendous support as people cheered you on right around the course, particularly on the run where total strangers called out your name on each lap and I actually started to listen out for them at certain points!

Not sure if you want/need anything more.  Brief race points:

Freezing waiting in the pens to start.  Nice smooth swim but totally blinded by the sun on the long back leg.  Looooong transition and difficult to remove wetsuit on a muddy slope.  Race number got torn off and had to go back to retrieve – why were the organisers too tight to splash out on number tats?  Nice cycle but had to watch the state of those roads up near Tower Hill!  Fantastic run course and support. 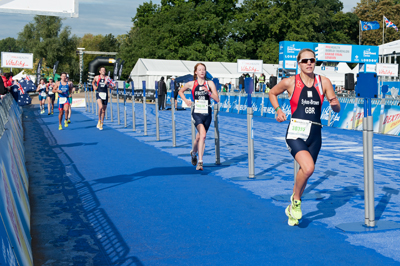 I loved every minute of the world champs in hyde park, the crowd support was unbelievable just like the olympics a year ago! Despite the transition area being a little like glastonbury pop festival and the swim being cut short the whole event was very well organised and the GB team all performed brilliantly.

My race (24-29) was super competitive not helped by all the draffting going on during the bike but i did my best. Very proud of all the other optima guys who did amazingly well! 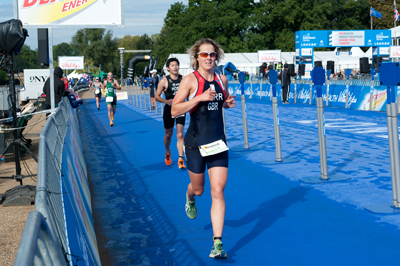 Incredible experience, I enjoyed the bike course so much I was tempted to go round a third time.

It was amazing even just being there and not like any other race with the number of familiar faces that were there. It goes without saying that it was a massive honour to compete in such an atmosphere with so many familiar faces (that I’m sure we were all grateful for!) and something that will be remembered forever.