Speaking to James after the race he said, ‘Gill gave a solid performance and achieved the 3 main aims for the race, which were; 1) Show progress in the swim, 2) Stay safe on the bike (USA’s Gwen Jorgensen had a crash on the bike in slippery conditions) and 3) Be proud of the performance – she achieved all three.’ 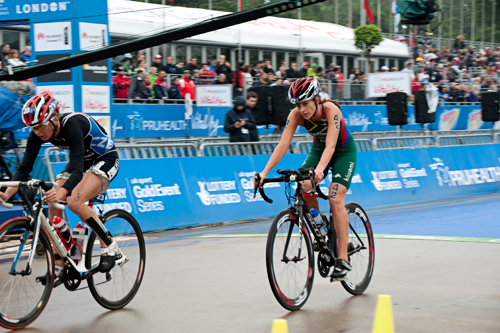