Last weekend I headed over the channel to race on French soil for the second time this year. The race was the Regional Championships for the North of France and included a number of D2 and D3 clubs from the area. This included Rory’s recently joined club Lievin. Lievin and Villeneuve D’ascq (my club) are both Lille-based and are quite intense rivals; think of us and Thames Turbo and you’ll begin to understand!

The swim course was different to what I ever experienced. We started at the far end of the lake, swam 250m, jumped out and dived back in to swim a 500m loop to complete the 750m. Coming into the race amidst exam period and having missed a bit of training through illness, I wasn’t entirely sure how the swim would play out but entering T1 just behind the front pack I knew I had swam a decent leg. Rory also placed himself well as he came out the swim with the leaders. 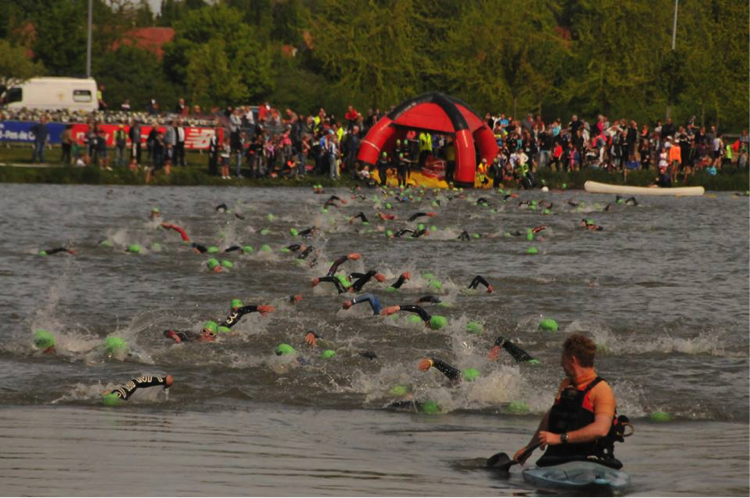 After what turned out to be a disastrous transition, I left T1 in ‘no man’s land’ with a lead pack of around 12 racing off up the road and another group behind me. As I set off in pursuit of the lead pack I was joined by my teammate and we pushed hard in the knowledge that our race was over if we didn’t catch them. The technical course with 3 dead turns proved to be considerably more suited to our small working group of 3 than the bunch ahead and after 10kms we managed to bridge the gap. 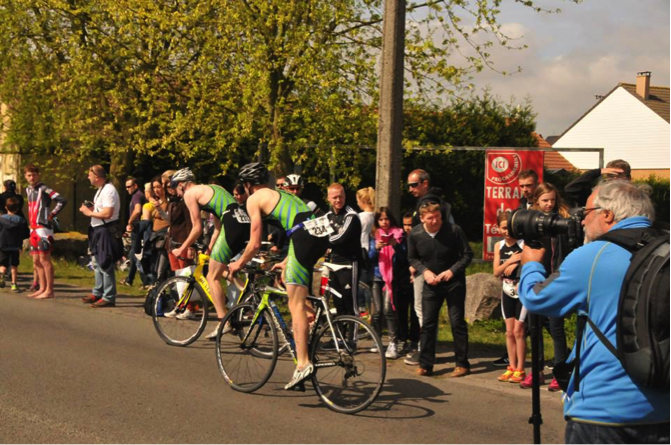 Coming into T2 I was in large pack of 15 athletes. I ran hard out of transition to move away from the main group and found myself in 3rd position with Rory about 20m ahead of me and another athlete just ahead of him. As I settled into my rhythm Rory had eaten up the deficit to the leader and accelerated away from the field at a pace no-one could deal with. The run was surprisingly undulating considering the topography of the area. However, a tough run course always suits me and as I came into the last 1km I was sitting right on the shoulder of the 2nd placed athlete. With a burst of pace coming into the finish I managed to pass him and take the silver behind Rory. It had proved to be a good day for Optima in France! 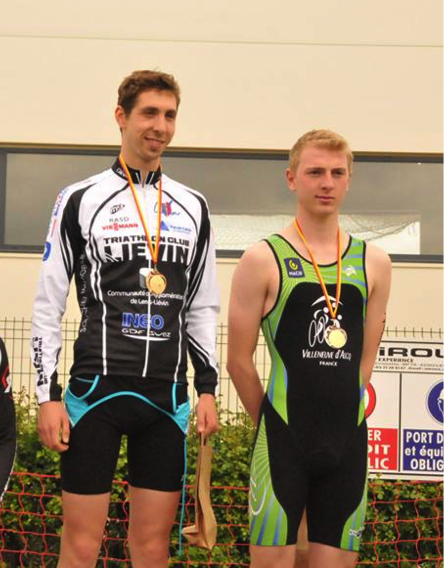