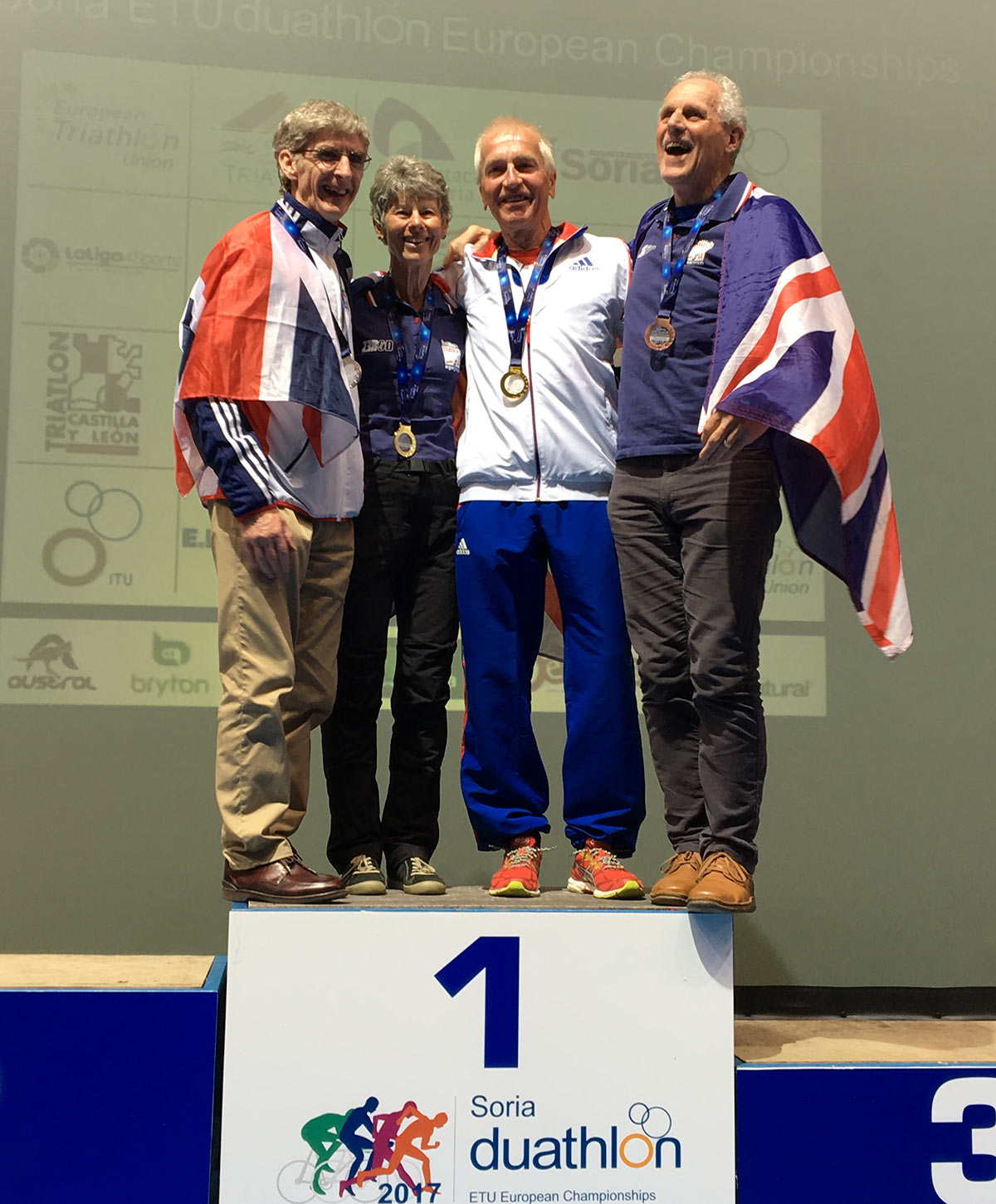 After my trip to Bedford, the following month found me in Spain – around 2 hours drive north from Madrid in the little town of Soria, which was hosting the championships. Late booking meant we were in a small village about 20mins out of town, but good organisation by Nirvana made local travel easy.

Unlike the calm sunny scenes at Bedford, Spain in May was chilly, blustery and WET. I hoped most of this could be dealt with, and lined up with gloves, a long sleeved top under my GB trisuit and calf guards – which doubled as more insulation and anti-cramp kit (I hoped).

The first run was uneventful, consisting of several laps in a small park, but the trees hid us from the worst of the weather which had become more blustery as we run. I’d made the mistake of brining a full aero rig for the bike – disc wheel and tri-spoke front – and quickly found tri spokes do not like blustery weather! At least not with my 59kg trying to hold it steady. The elevated town bypass was particularly fun as the (blustery) wind was coming from the left, and there was lots of solid looking Armco on the right, which my tri-spoke seemed to have a magnetic attraction for every now and again. Four laps of this was quite challenging but at least with no traffic it was possible to start in near the centre of the road which allowed plenty of room for veering and correcting. 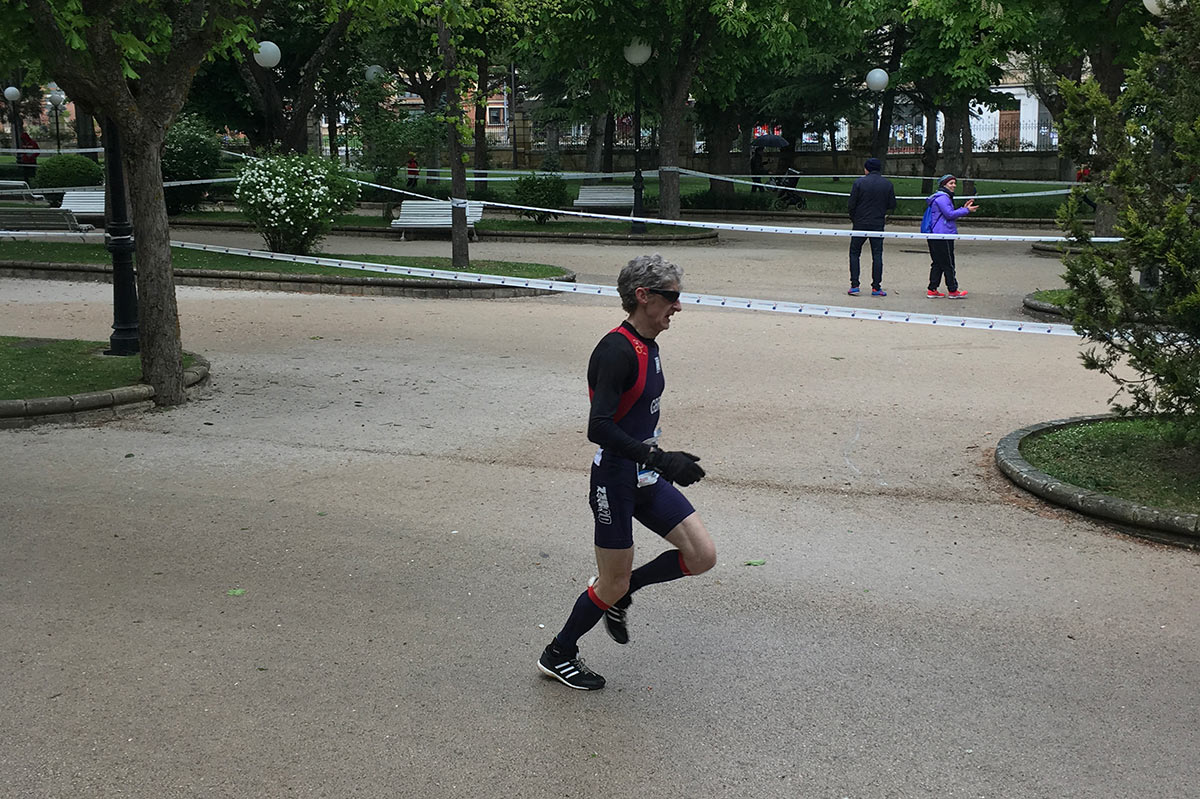 Then it was back to the park for a relatively straightforward 5k with no course correction needed. However, my French rival who had brought TWO bikes – and probably a weather forecast-had made better progress on his standard road bike than my veering TT bike and I and also ran slightly faster than I managed on the 5k leg, so I finished second.

Posted in
News
Published
30th May 2017
By
Johnny
Share