Each athlete in the club will generally have his/her own goals and key target races for the season, ranging from local duathlons or sprint triathlons to European or World Age Group Championships over a variety of distances and formats … or even the Olympics.

Optima’s structure and programme is designed to support these individual goals and optimise performance in key races. However, the club also provides the opportunity to participate in a number of other races throughout the year as part of a team, either to test progress through the Winter, sharpen up early in the Summer or just to have fun and get the competitive juices flowing by racing against team mates and other clubs.

In the Winter we participate in the G3 off road series and in the Summer we are always fighting for one of the top spots in the London League, which we have won several times in recent years (despite being one of the smallest clubs in the competition). These race series are fun and inexpensive and bring a bit of team spirit into what is normally a very individual sport, with team success often depending on a good turnout from juniors, seniors and veterans.

Whatever your chosen races, you will be supported by the coaches and other members and will find training for them more enjoyable, varied and rewarding than is possible without the club environment and coaching input provided by Optima. 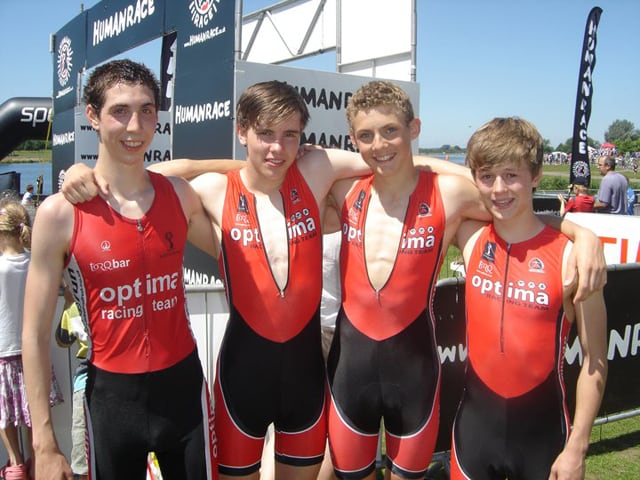