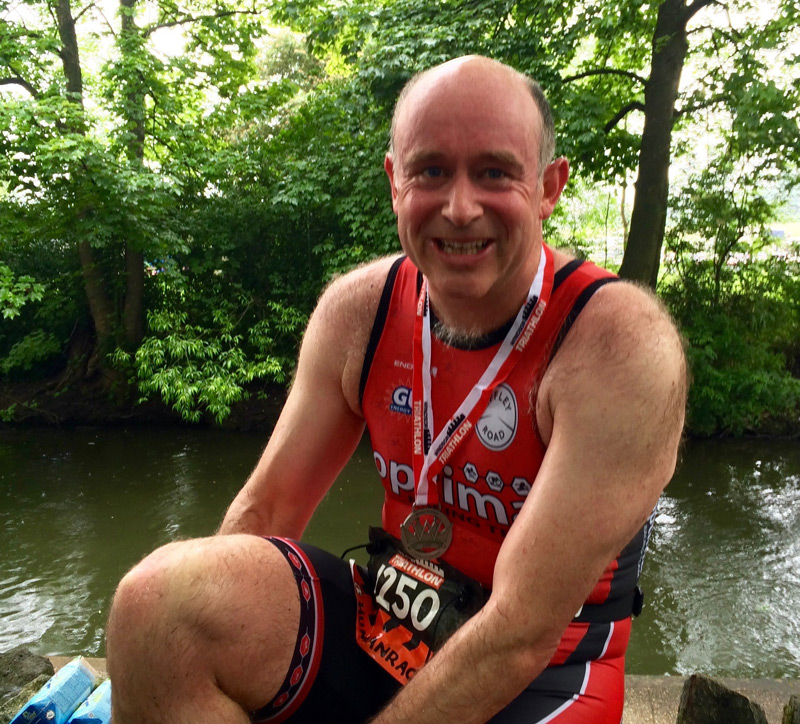 I did only one standard distance last year, so time to up my game and the first of this years planned Olympic distance events was the Windsor, with around 2000 athletes.

With Judy setting off on her sprint at 0615 it was an early start, no birds died on the way in this time which was a good omen. Heat was clearly not going to be a problem, slippery roads maybe were.

The swim is downstream for about 900 meters before turning to swim into the current up to the exit. I have in the past had some trouble in the swim, getting a bit tight in the chest and blaming it on my new Tri suit. JB never bought that one, although I really did think it was a factor, along with colder water…but concentrating on being relaxed and well prepared meant that I was swimming freely and well, absolutely no tightness at all. If anything I came out with more left in my arms than I should have, with a a strong swim up current moving me up the field nicely as I realised I was nearing the end. I came out just inside the top quartile for my age group. My best ranking I was going to see today!

There is a long old transition from swim to bike at Windsor, not great for you shoes if you don’t pre clip them into the pedals. With race head on I saw the sign saying ‘Mount Here’ and executed a very good moving mount, passing a few static mounters, but failing to impress a marshall who I just heard shout ‘penalty 1250’ – my race number. I went back to check if he really meant me, and he did – I was not fully mounted as I crossed the ‘Mount Here’ line. Having gone back and remounted properly I was hopeful but not sure my penalty would be quashed, but as there was nothing I could do about it I put it from my mind. I still think that a sign saying ‘Mount Here’ when what it means is ‘Mount before Here’ is sloppy English, Another lesson learned.

Despite all that was said there was a fair bit of drafting to be seen on the course. With so many athletes taking part it was hard not to sometimes, but some were blatantly sucking on a wheel for long distances. With the rain there were quite a few punctures, and I had a bit of a rethink about my policy of not carrying a tube and tools. Luckily I got away with it this time but for the sake of a few grams I think it was a bad plan. More learning, though not the hard way this time.

In terms of ranking I really nailed T2! My best performance of the day. Maybe I should specialise?

Running has been a bit of a challenge, with an ongoing calf problem, this road course was always going to be tricky. I have been focussing on the technique that James is often reminding us about, running light on the feet, driving forward, foot strike under the body. For 8 km it went well, but I think I lost some form as I tired and the calf ‘went’ again. Looking at a picture Judy took of my run I was clearly heal striking and over striding as I came down a small hill, so I think it’s time to sort that out properly. My pace slowed a lot but with only 2km to go I wasn’t stopping, so I hobbled over the finish line fatigued but not out of breath. Glad to be done. 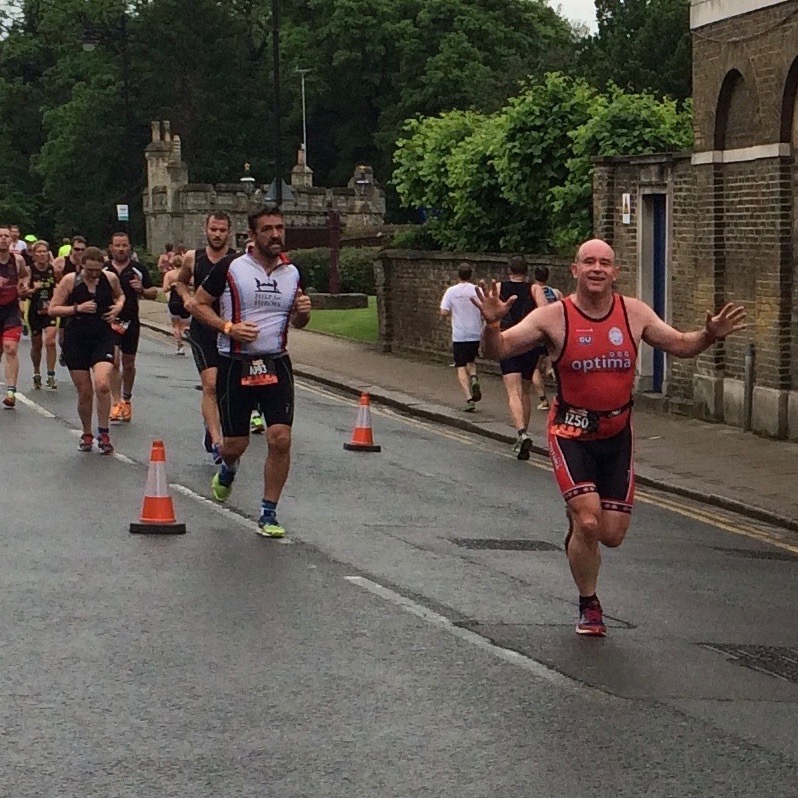 Race Lessons this time include;
Be nice and polite to marshals. I didn’t get that penalty.
Remember the rules – remounting cost me place!
A tight chest in the swim is probably anxiety, not tight kit
Nail technique. Physio is expensive and injuries get in the way of training and good race times. My shoulder pain stopped when I sorted my stroke, calf has to go the same way
Carry a puncture repair kit