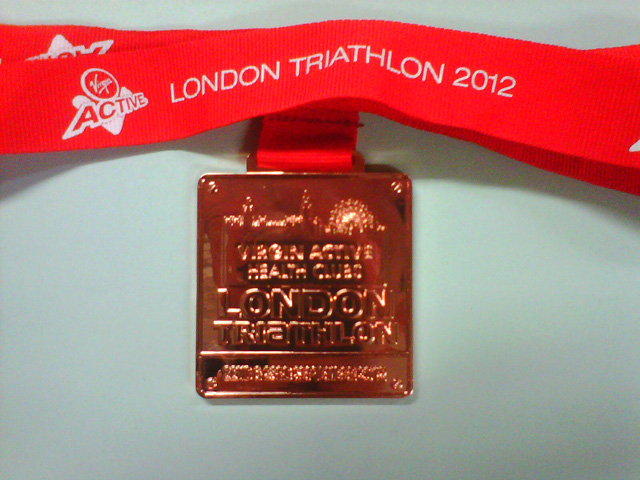 At the London Triathlon on 22 September, 2011 British Age Group Duathlon Champion Charlie Hammon skippered a mixed team of his work colleagues to third place overall out of nearly 500 teams in the Olympic distance relay event, demonstrating that you can do triathlon without getting wet (by getting someone else to swim for you).