Over the February half term, a handful of juniors and seniors from Optima substituted the wet and windy British weather for some warm weather training out to Monte Gordo, Portugal. One of our junior members Anna has written a brief update on the camp and her experience in particular: 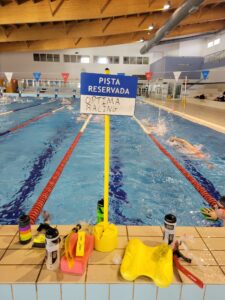 The warm weather camp in Monte Gordo, Portugal was an experience I‘llnever forget, and allowed me to discover a whole new side to the sport of triathlon. Back in the UK, I’ve always enjoyed the sense of camaraderie within the club, but the level of team spirit experienced within the group and the feeling everyone was working together towards a common goal of improving was unmatched, and allowed us to not only enjoy the sessions, but also to push ourselves harder than we ever have before.

From the first day we arrived, we were greeted with warm sunshine, a blessing change from cold, rainy England we had left behind. I felt very lucky to be there with such a fantastic group of athletes. Whilst there, I really treasured the bike rides into the Portugal countryside, as it was so freeing and the scenery was impeccable. We took part in a mixture of smaller group rides, which gave us the ability to develop our technical skills, as well as pushing ourselves with some quicker stuff in ‘chain gang’ formations, followed by the crucial ice cream stops by the beach. The pinnacle of the riding came in the long Sunday ride into the mountains surrounding Monte Gordo, which included some tough climbs, some tricky descents but some incredible views to make up for it.

Every morning we were swimming alongside Olympic triathletes mixing up hard interval sessions with distance swims and technical work. On a personal note, my favourite swim session had to be the day we went into the 50m pool and worked with paddles, doing sighting and working on the ‘lift’ part of our stroke, which enables us to swim much faster, especially in open water. I also enjoyed the tougher vo2 max swim sessions we did, which despite being challenging, made me feel fitter and stronger, and gave me a strong feeling of accomplishment. 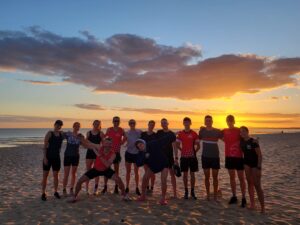 Running on the camp was remarkable. The first run session we did was a vo2 max hill session, with a changing terrain from sand to clay, rock and then road, diversifying out training whilst endorsing cadence work. It taught me to increase my leg speed when working under pressure, with the bonus of increasing my cardiovascular output and mental toughness. There were numerous other sessions which occurred on sand, this was almost like resistance training with less impact on the ground, with beautiful views of the Monte Gordo Beach as an added bonus.

Every evening I took part in ‘Jedi Training,’ where I learnt how to silence my brain at the point when it starts to get “annoyed” and distracted by negative thoughts, replacing it with positive and empathetic self-talk instead.  This was something I hadn’t experienced before, and definitely an area I found enjoyable yet challenging. We attempted juggling, breathing through straws, and looking at magic cards, finishing off with meditation. This was an introduction into calming the mind when under pressure and entering a positive flow state, something which is vital for both training and competing in triathlon. This is something I realised I needed to work on if I wanted to reach the next level in the sport.
In summary, the camp was an eye-opening experience, one which I thoroughly enjoyed and despite some setbacks, one in which I learnt so much, trained hard and most importantly had plenty of fun. 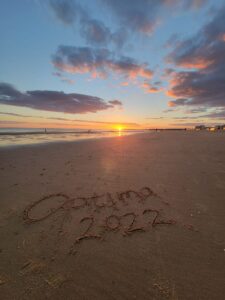